A Wanganui care worker with almost 30 years’ experience was sacked when a frail and elderly man she looked after claimed he felt “unsafe, neglected and scared” by her.

The man says the worker, Tuahine Hansen, would order him to make her cups of tea and do housework.

Mrs Hansen claims the complaints were untrue and the man and his housemate were coerced into making her look bad. She argued she was unjustifiably dismissed and sought compensation for lost wages, hurt and humiliation.

However, the Employment Relations Authority upheld Mrs Hansen’s dismissal from her role as a community support worker for Idea Services.

She had worked for the service for nine years and for IHC for 19 years before that.

For the 15 years until her sacking last year, Mrs Hansen provided support to two people in a Wanganui home, owned by the man who made the complaints and referred to by the authority as Mr A.

“The allegations made by Mr A, who was described by Ideas Services as frail and elderly, were that he felt unsafe, neglected and scared at times due to his treatment from Mrs Hansen,” the authority decision says.

“Specific allegations he had made were that Mrs Hansen sat on the couch and called him out of his room to make her cups of tea, that she made him do housework which he found very difficult, and that he was scared to ask her to hang the sheets out. If he did, she had a ‘go’ at him.”

When her employer, Dallas Barns, Area Manager, Idea Services, investigated, Mrs Hansen accused another support worker who did shifts at the house of coercing Mr A and the other man who lived there into making her look bad.

She denied other allegations against her.

The other worker, Heather McDonnell, said she had known for a couple of years something was not right at the house and Mr A was initially reluctant to talk about his problems regarding Mrs Hansen.

Mrs Hansen’s representative Alaska Dobbs questioned the adequacy of Idea Services’ probe and said there were dangers in relying on statements made by “vulnerable people who were easily influenced”.

Employment Relations Authority member, Trish MacKinnon, said she ”did not believe Ms Barns reached her decision lightly and I accept that she acted as a fair and reasonable employer is required to do”.

Mrs Hansen’s claim to have been unjustifiably dismissed failed and her application was dismissed.

A Measured and Methodical Process:

Authority Member MacKinnon said she was satisfied that a comprehensive and fair investigation into the complaints was undertaken and that the process was conducted in a “measured and methodical” fashion.

Once the complaint was raised Idea Services wrote to Mrs Hansen informing her of the allegations and asking her to a meeting to respond to the allegations. The outcome of the meeting was that a disciplinary investigation would be carried out. Mrs Hansen was informed that due to the seriousness of the allegations, dismissal was a possibility.

Following exploration of other alternatives, Mrs Hansen was placed on paid suspension for safety reasons.

The investigation was carried out with notes of those meetings provided to the Authority.

As a result of the investigation, further allegations were put to Mrs Hansen in another letter and a further meeting scheduled. After that meeting Ms Barns re-interviewed the complainants, reviewed Mrs Hansen’s personal file, reviewed all options open to her and wrote Mrs Hansen another letter.

This letter said a tentative decision had been reached, what it was and that no final decision would be made until Mrs Hansen had had the opportunity to respond to the tentative conclusion and the possibility of dismissal. That opportunity was given in the next meeting.

After hearing from Mrs Hansen and her supporters, the meeting adjourned.

Ms MacKinnon was satisfied that a comprehensive and fair investigation into the complaints was undertaken and that the process was conducted in a measured and methodical fashion. At all times Mrs Hansen had support staff available to assist her. Where necessary, timeframes for meetings were extended to allow for unforeseen events. Ms MacKinnon was also satisfied that the matters Mrs Hansen raised during the process were genuinely considered and that Ms Barns did not reach her decision to dismiss Mrs Hansen lightly. Ms MacKinnon accepted that Ms Barns acted as a fair and reasonable employer is required to do.

The Authority will look closely at the process followed – it pays to ensure you follow a measured and methodical investigation and disciplinary process.

What to Say When 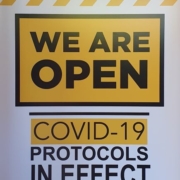 Ways to Manage a Remote Workforce 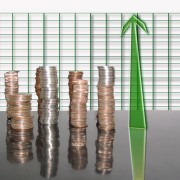 Rain or shine, the summer break kick-off will be on from 5pm. So come on down to the Student Centre and enjoy some games and free kai.

We will be setting up in the Kōwhai Lounge if things are looking wet.

See you all then! ... See MoreSee Less

The boss has to be able to do anything - good job Kevin Hopgood :-) ... See MoreSee Less

The latest column from our in house wine writer :-) ... See MoreSee Less

Fine reds from top to bottom at gravity-fed Nelson winery

A gravity-fed winery in rural Nelson is using grapes from vineyards around the country to produce classy reds.
Minimum wage increase